Dimensions of a Garden: An Exploration of Styles and Purposes

The following horticultural luminaries are featured speakers at the 2023 symposium. 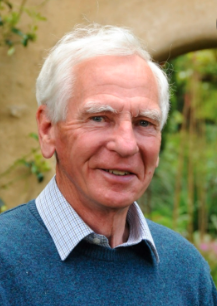 Richard Bisgrove
A Historical Perspective on Gardens; What is a Garden and Why a Garden?

Richard Bisgrove will lead us on a journey through the ages as he asks: “What is a garden, how did gardens evolve from the ancient Assyrian Paradise, progressing through the medieval gardens of survival and the great landscape gardens of Lancelot ‘Capability’ Brown, to the gardens of a democratic society?” We will visit exceptional gardens that produce food, medicine, beauty, contemplation, status and enjoyment, as gardens transition from providing the necessities of life to providing sanctuaries that support biodiversity. A celebrated British landscape designer, garden historian, author, horticulturalist, and academic, his gift to us is a renewed understanding of the historical significance of the styles and purposes of our gardens.

Richard Bisgrove is the retired Course Director in Landscape Management at the University of Reading, England. He received his BS in Horticultural Science from Reading University and a MLA in Landscape Architecture from the University of Michigan. He has designed gardens in Britain and the United States and lectures internationally on the history of garden design and on the work of Gertrude Jekyll. The Royal Horticultural Society awarded Richard Bisgrove the Veitch Memorial Medal for “outstanding contributions to horticultural education, garden design and plant research.” He received the Peter Youngman Award for “outstanding contributions to landscape” from the Landscape Institute. He has authored an extensive list of books, served on the National Trust’s Garden Panel for nearly 20 years, and held several posts in the Garden History Society. 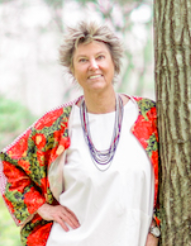 Edwina von Gal declares that her job is “to create vibrant, beautiful places that inspire others to follow.” For over 38 years, Ms. von Gal has been designing landscapes that focus on simplicity and sustainability for private and public entities around the world. She will share with us the goals that we can choose to maximize ecological effectiveness: There are methods we can use to eliminate all synthetic chemicals from our lawns and gardens to protect the health of all that come in contact with them. She stresses planting native species to support the communities of insects and birds that depend on them, as well as incorporating our beloved pass-along plants. Edwina states: “In today’s world, we can’t really argue with the necessity of creating gardens that support human and planetary health. It is the new style, and it can be beautiful.”

Edwina von Gal is the principal of her eponymous landscape design firm, established in 1984. She has collaborated with noted architects, including Maya Lin (The Wave Field/Storm King, Smith College, Oberlin College) Frank Gehry (Biomuseo Panama), Annabelle Selldorf, and Toshiko Mori, on projects for Calvin Klein, Ralph Lauren, Richard Serra, Larry Gagosian, Robert De Niro, Jann Wenner and many others in the environmental, design and art communities. Her work has been published in most major publications. Her book Fresh Cuts (Artisan, 1997) won the Quill and Trowel award for garden writing. In 2013, Edwina went on to create the Perfect Earth Project. In March 2021, she launched a new initiative, Two Thirds for the Birds, a call to action to landscape and environmental professionals to make their projects habitat friendly. She has received copious awards for excellence in her field. Edwina lectures around the nation about nature-based landscape solutions. 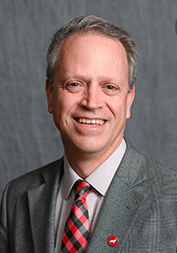 John Dole reminds us that “cut flowers bring life and joy into our homes and help us memorialize the special events in our lives.” They reflect meaning and lend beauty to all that we celebrate; birth, marriage, anniversaries and a life well-lived. Cut flowers draw us in to closely study and marvel at the complexity of nature’s design. Dr. Dole invites us to learn which species and cultivars are easy to grow, are productive and are beautiful. “We’ll finish with research-based tips on harvesting and handling garden flowers to maximize their vase life and enjoyment in your home.”

Dr. Dole coordinated the National Cut Flower Trial programs. His recommendations come from the Raleigh trial gardens where flowering plants undergo the same heat and humidity as those of our own gardens. That’s as close as one can get to guaranteeing success.

Dr. Dole is interim dean for the College of Agriculture and Life Sciences at North Carolina State University. He is the executive adviser for the Association of Specialty Cut Flower Growers (ASCFG). Dr. Dole conducts research on cut flowers including new cultivar evaluations, production and postharvest experiments, and marketing analysis. In cooperation with ASCFG and NC State, he coordinates the national ASCFG Seed, Perennial and Woody Plant Trial Programs. He teaches the Physiology of Flowering graduate course, and has co-authored eight books. Plus, he has authored over 100 journal articles and more than 300 industry publications. Dr. Dole is one of the founding members of Seed Your Future, whose mission is to inspire people to pursue careers working with plants. 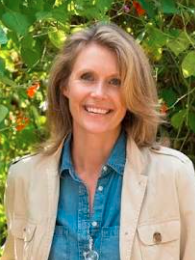 Garden building is a life-enriching process, but accommodating your own vision within the practicalities of your space can be challenging and sometimes discouraging. Tiny balcony, lack of privacy, HOA restrictions, tough neighborhood . . . if you’re struggling with a difficult, or new outside space, you are not alone. By breaking down the process into manageable sections, shifting perspective and cultivating a sense of contentment, we can create the garden that lives inside of us using the elements of the gardens that inspire us. Marianne will go over this process, sharing design tips and real-life gardens to help you get excited about your outside space — no matter what it is.

Marianne Willburn, a graduate of University College London, is a gardening author, speaker and columnist at GardenRant and Small Town Gardener.  She is the author of Tropical Plants and How to Love Them (Cool Springs Press, 2021) and Big Dreams, Small Garden (Skyhorse, 2017). She has spent most of her gardening life in small city and suburban gardens, in places as diverse as England, the state of California, and the Mid-Atlantic region. She has been a regular contributor to Better Homes and Gardens, The American Gardener, and other digital and print magazines. Marianne has also been a newspaper columnist for over a decade and is the recipient of several Gold and Silver Media Awards from Garden Communicators International (formerly GWA). Marianne guides European garden tours, providing extra insight given her diverse gardening experience in the United States and in the United Kingdom.

Register for the 2023 Davidson Horticultural Symposium